As your employees adjust to new working arrangements along with potential uncertainty around finances and their health they are likely to need additional support. Whilst welfare checks are always an important component of managing your human workforce, COVID-19 and the ever present uncertainty that goes hand in hand with this pandemic as made this task even more crucial.

Research shows that remote workers can become less productive if they’re not in regular contact with managers. This can also lead to feelings of isolation and have a significant impact on mental health over time. We recommend that you keep in contact with all your employees as regularly as possible. Contact can take a variety of forms, such as team meetings, conference calls, one on one calls, emails and face to face catch ups. If available, an EAP service is a good resource for employees who are feeling anxious or struggling to adjust to changes within the workplace. Most of the EAP services are telephone based and not reliant on face-to-face contact which makes this a perfect resource for your team to access when there may be restrictions in place.

COVID 19 Staff shortages – Do you need to update your recruitment and training to cope?

In an industry which has seen critical staff shortages over the past 18 months, many hospitality venues are struggling to recruit experienced people to fill the gaps in their teams. Could it be the time to look at new approaches to hospitality recruitment and training in the face of COVID 19 staff shortages?

The COVID 19 Vaccination – can you force an employee to “take the jab” or can you incentivise the vaccinations?

Earlier this year, one of our consultants, Andrea Vickery wrote an article about COVID 19 Vaccination for employees, and whether or not employers could lawfully force an employee to have the COVID 19 vaccination.

Obviously there has been significant “water pass under the bridge” since that first article. In particular the slow roll out of the vaccinations; the general realisation that the only possible way out of the current COVID crisis is having a high percentage of the population vaccinated; and the risks that have been identified with some of the vaccines, have forced employers to consider how best they can try and have all of their employees vaccinated.

Just last week the CEOs of some of the major corporations in Australia met with the Treasurer and other Government officials to examine ways of having the COVID vaccinations delivered in the workplace. Whilst nothing concrete seems to have arisen from that meeting, there is a clear appetite for employers to try and have their employees vaccinated.

The Business Council of Australia is suggesting that employers offer “incentives” to employees to have the vaccinations. The suggestion is employers be prepared to give people vaccination leave, pay for their Ubers and taxis to travel to medical clinics, and ensure staff have access to trusted information. This type of incentive or support is often offered by employers to employees in respect to the flu vaccine on an annual basis, outside of the current pandemic.

In spite of the difficulties faced by employers in the hospitality sector by the current COVID pandemic and the resultant shut downs, the Fair Work Ombudsman continues prosecute employers in the hospitality sector for underpayment of wages, and failing to comply with Awards.
In a claim taken by the Fair Work Ombudsman (FWO), the operators of an Italian eatery in Melbourne have been fined a total of $204,120 after the Federal Court found they had underpaid 40 employees a total of $53,850 between December 2017 and June 2018.
The FWO also found that the restaurant had not provided adequate meal breaks, failed to keep records including time records, and did not undertake required reconciliations for full-time annualised salary employees.
The FWO secured court-ordered penalties against the restaurant and its sole director, James McBride. The Court also imposed a penalty of $170,100 against Domain Botanical Business Pty Ltd and a penalty of $34,020 against McBride.
Justice Philip Burchardt of the Federal Circuit Court noted the vulnerability of many of the workers who had been underpaid. More than half were visa holders from mostly non-English-speaking countries, many were on student visas, and 14 of the underpaid visa holders were under the age of 25 when they began to work at the restaurant.
Of McBride, Judge Burchardt wrote in statement: “[i]f he was not deliberate in his breaches of the award obligations, he was, at the very least, wilfully blind to them. Equally, however, the failure to pay employees their wages and to give them their benefits under the award is also, in my view, of commensurate seriousness… bearing in mind the nature of the industry and the disadvantaged nature of the employees.”
Despite the company fully rectifying payments in July last year after litigation was commenced, the company is still required to pay the court-ordered fine in addition to the back-payments.
In another recent case, the former operators of a Bendigo restaurant have been fined $142,000 following legal action by the FWO.
The FWO found that Sona Peaks Pty Ltd, which previously operated the Curry Garden Indian Restaurant in Victoria had been consistently underpaying its staff. The company was fined $118,650, however, the Federal Circuit Court imposed a further penalty of $23,715 against the company’s sole director and part-owner, David Peter Anderson.
The penalties are the result of an investigation and legal action by the Fair Work Ombudsman in relation to employees who were underpaid $11,201 between October, 2012 and September, 2013. The Court has also ordered Sona Peaks to back-pay the workers their outstanding entitlements in full.
The Fair Work Ombudsman revealed last month that the second wave of its National Hospitality Industry Campaign recovered more than $1.2 million for 2752 underpaid food service workers at 456 restaurants, cafes and catering companies nationally.
It is therefore important for all employers to ensure that they are complying with the relevant Awards and also to ensure that they are complying with the provisions of employment legislation, including time and wages records. If you would like to ensure that your payroll is compliant with the Award and the legislative requirements, please contact us at Effective Workplace Solutions and we can conduct a payroll audit, so that you have peace-of-mind if the Fair Work Ombudsman conducts an audit of your business. 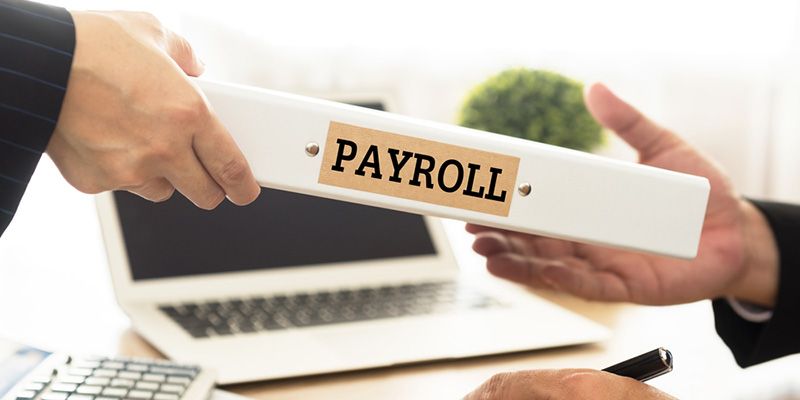 Excessive Hours – do you have a Duty of Care to your Employees?

The question as to what is considered to be reasonable hours is a question that is often posed to us by or clients. Indeed there are many employers who have contracts with salaried staff which provide a “cover all” clause which states that “the employee shall work whatever reasonable hours are required to perform their role”…or words to that effect.

Therefore, there is an expectation from employers that employees often have to work longer hours to get a job done. But where is the line drawn between what are reasonable hours and what is excessive? What are the consequences for employers if employees work excessive or unreasonable hours?