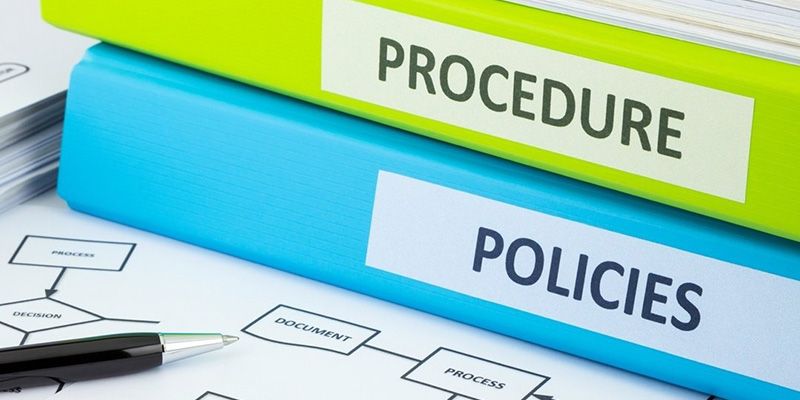 The Need to Get Your Policies and Procedures Right

I recently spoke at the Gold Coast Small Business Expo about the importance of policies and procedures and how critical they can be in the workplace to set the standard for behaviour and performance; but moreover how important they can be in the mitigation against unfair dismissal claims and other employment law litigation.

Use of mobile phones

One of the most common matters that we have found to be an issue is the use of mobile phones in the workplace. Of course, mobile phones are now common place and it’s unusual to find someone who does not have their mobile phone with them or within reaching distance at all times. However it becomes an issue when staff are spending too much time at work taking personal calls, sending text messages or checking apps which results in reduced engagement and productivity, or in some cases, a risk to the health and safety of workers.

In Hansen v Ceres Natural Goods Pty Ltd T/A Pure Harvest, a forklift driver was dismissed for breaching his employer’s zero-tolerance mobile phone policy twice in two hours. The employer’s policy clearly stated that the use of mobile phones whilst performing operational tasks (whether they were on the production line or using any form of machinery or equipment) was prohibited.

The employee received the first warning after his phone fell out of his pocket, and shortly thereafter the employee was seen with his phone in his hand again whilst on the forklift. The employee argued that the forklift was not operational at the time and that he had merely pressed the power button to check if his wife was contacting him.

The FWC upheld the dismissal. The FWC stated that, had it not been for the warning he received two hours earlier, the FWC might have concluded that the dismissal was harsh. However, the employer had a clear policy on the use of mobile phones and the employee made a choice – knowing he was on a final warning – to take his phone out of his pocket. The FWC confirmed that the employer was entitled to dismiss in the circumstances.

In contrast, in Condello v Fresh Cheese Co (Aust) Pty Ltd an employee who was summarily dismissed for using his mobile phone whilst in a freezer was successful in having his dismissal considered as unfair. Largely the employers case failed because of a lack of education and lack of consistent application of their mobile phone policy. In this case the FWC stated:

“A company cannot simply produce policies and procedures and expect to rely on them to defend a claim if there is no evidence to support that its employees have been made aware of those documents, trained in the content of the documents, and provided with access to those documents. The onus is on the employer to adequately operationalise their policies and procedures if they seek to rely on them to defend an unfair dismissal application.”

A couple of years ago, applicants for flight attendants positions with airlines such as Qantas and  Emirates were rejected if they had visible tattoos, no matter how small they were. The airlines took the position that some cultures and religions find tattoos offensive and those applicants were told to come back when they were completely gone, leaving no scars or marks.

There are situations where an employer can justifiably raise concerns around tattoos and piercings. However according to the Australian Human Rights Commission, employers are within their rights to set rules regarding workplace appearance, but it’s important to ensure that any proposed rules that affect people with tattoos do not amount to discrimination. Employers must be cautious to ensure that the issue that they raise in relations to an employee’s body art are if they are relevant to an employee’s role and affect an employee’s ability to perform their job.

For example, if an employer refused to employ someone with a visible tattoo that was connected to their ethnicity or cultural origin then the decision could be seen as discrimination on the basis of race. This can be contrasted with a tattoos of say cartoon characters which cannot be linked to culture or ethnicity.

So far as policy setting is concerned, employers are within their rights to set appearance policies which are aligned to the organisations values and brand and their visibility to their customers and clients. However, employers should also ensure that in the implementation they are not discriminating against any workers or potential workers on the basis of their race, colour, sex, age or physical appearance. For these reasons it is important that policies are reviewed and updated to ensure that continue to be relevant and ensure that they are compliant with legislation.

In relation to both of the above examples, it is critical that policies are constantly updated to ensure relevance and compliance and that they are properly communicated to all staff. The cases from the FWC has shown that it is unlikely to allow employers to rely on a breach of a policy as a reason for dismissal if they have not been adequately communicated to the staff and training has not taken place.